How The Law Is Written and Passed in Washington, DC

The DC Code is the compilation of all laws passed by the DC Council. It includes things like gun laws, freedom of information, transportation laws, and a lot more that has daily importance in your life.

DC’s legislative body is called the Council of the District of Columbia. It’s a council of 13 members who have the power to author, vote on, and discuss laws and resolutions. They aren’t the only people who can write laws - so can the mayor, as well as other charter agencies.

The Council meets every 2 weeks and creates bills and resolutions which modify the code as soon as they are passed. Thus the code changes very often.

The council doesn’t have supreme authority over whether laws are passed: Congress has veto power over all of DC’s permanent laws.

The DC home rule law passed in 1973 gives Congress ultimate power over DC’s lawmaking. Every proposed law must sit in Congress for up to 30 days, and Congress can pass a resolution effectively vetoing it, if they wish. In practice, this power has only been used a handful of times, and in reality this period is often well over thirty days, since it doesn’t include weekends or Congress’s closures and breaks.

As a result, the Council has created routes to pass laws while waiting on Congress’s approval: Emergency legislation that lasts for 90 days, and Temporary legislation that lasts for 225 days. These complicate the issue of ‘the code’ since it gains and loses sections quickly. These fleeting laws are placed in a sidebar of printed copies of the Code, and prompty removed when they expire. 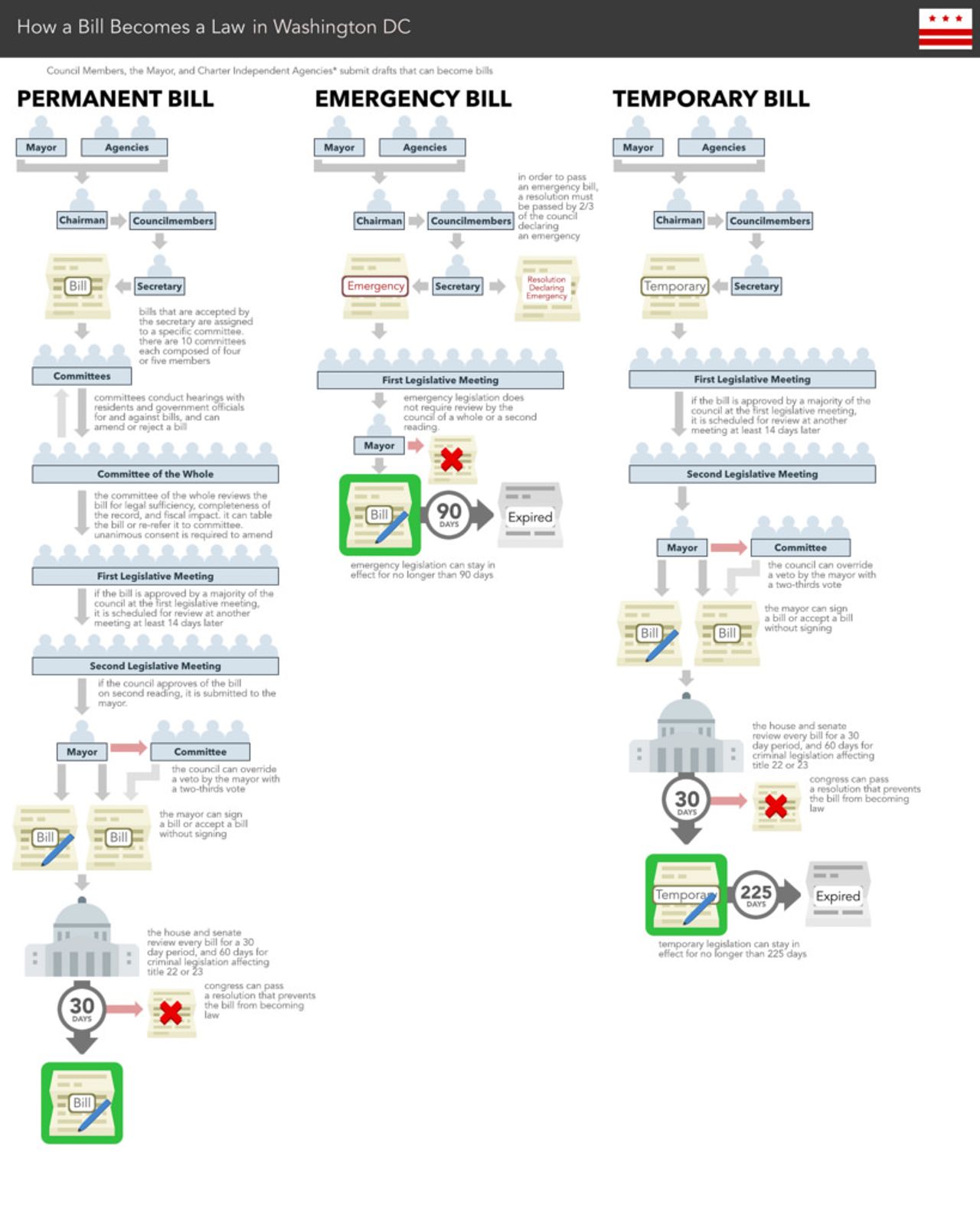 The source for this image is available and liberally licensed.