I recently attended an IndieWeb pop-up session on distributed libraries.

It was thoroughly refreshing. I’ve been spending far too much time building a startup, reading about startups, being in the loop. My friends will tell me about an eight million dollar funding round and I’ll say “oh, that little, for a 2022 Series A?” I need perspective, a break, a breath of fresh air.

The thing about IndieWeb is that it’s still a place where people and ideas matter. You can have a whole conversation without mentioning money or a business plan. IndieWeb is about owning your own small parcel of internet-land and farming it with your own hands. Much like sharecropping, it isn’t ethically pure. But it’s a heck of a lot nicer than than the world built on value extraction and exclusion. 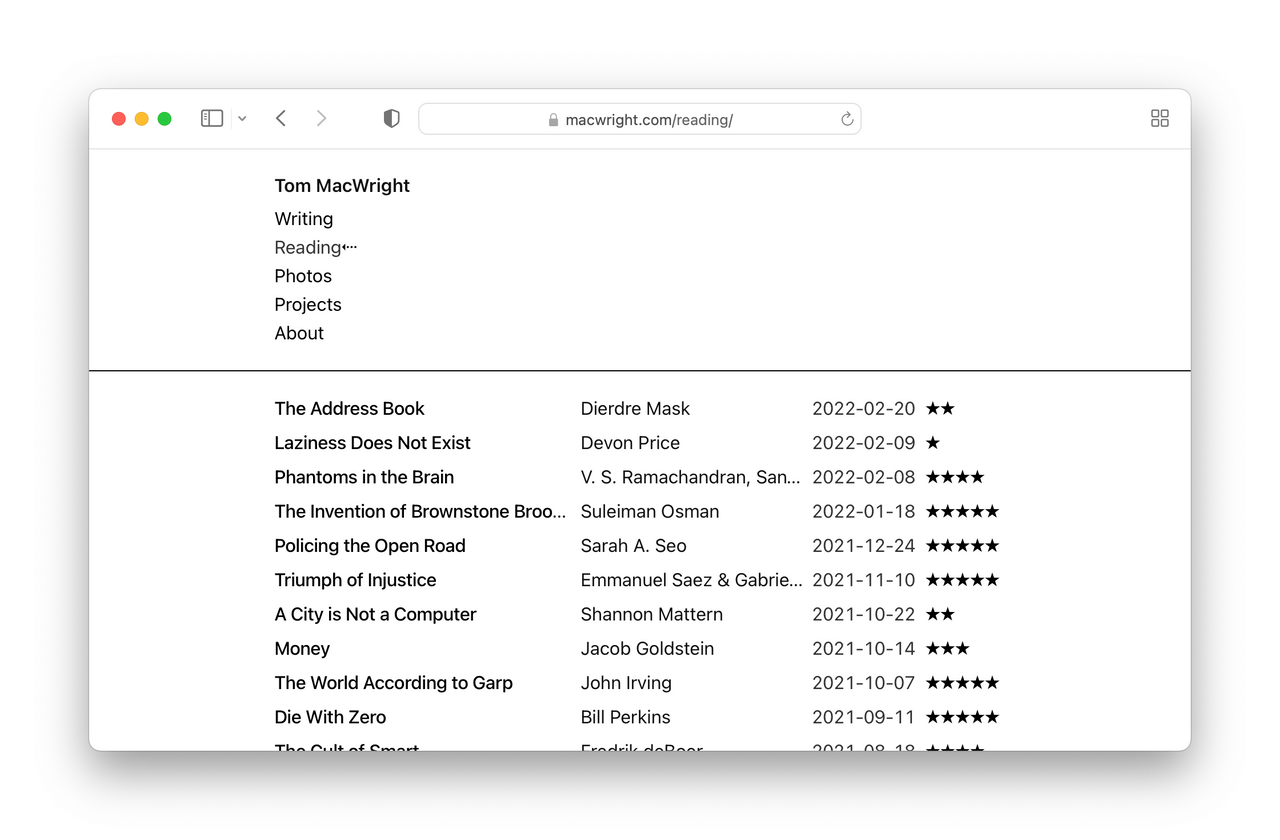 As I wrote in 2017, I maintain my own reading log as a part of this website. When I finish a book, I post it on that page, use my bespoke bookish.tech tool to cross-reference its ISBN code, and that’s it. There’s a separate RSS feed for folks who only want to read my book reviews. 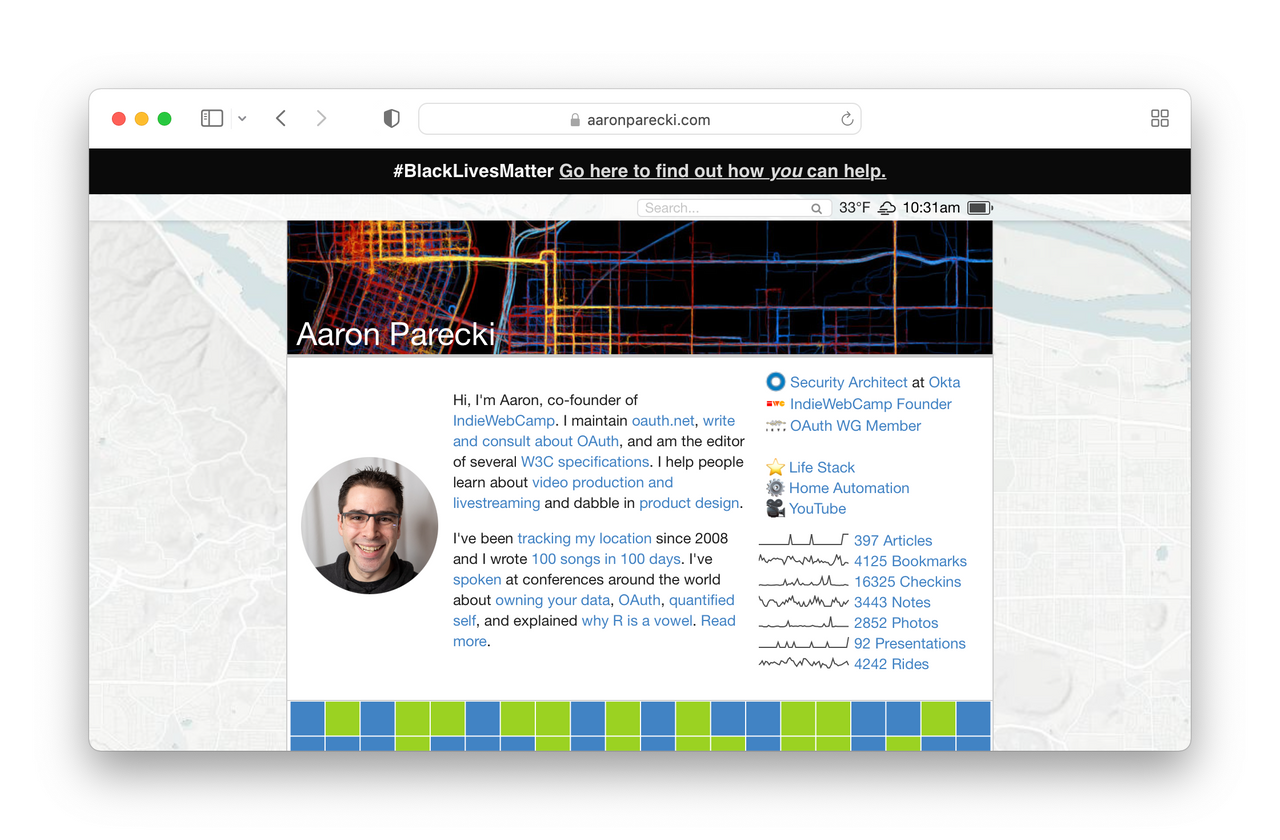 There’s another definition of an IndieWeb website, which is different from that I’ve been doing. There are websites that send WebMentions, and you can post to with Micropub. Check out all the stuff that Aaron Parecki has implemented to run his website. That isn’t a home on the internet, it’s a full-fledged castle. It’s damn impressive.

So I think of two sorts: little IndieWeb websites, like mine, and big IndieWeb websites. Little sites are basically just blogs, with a few schema.org annotations and RSS feeds. Big sites can receive and send webmentions, provide their own IndieAuth authentication, and a whole slew of other things that dynamically build a more connected web.

My site is little, because for me, simplicity fuels productivity. Other folks can both write consistently and build an interesting and complex website, I can only do one at a time.

What people want from books on the internet

“Goodreads” is one answer. Goodreads is very popular, but it’s owned by Amazon and doesn’t integrate well with the rest of the internet. It’s not a great place to put your content, in much the same way as primarily posting on Yelp or Letterboxd or any centrally-run review site is. But, like those sites, it’s convenient and the barrier of entry is very low.

I asked this question in the session, and discovery was the first answer, especially from people’s friends. I think that’s a cool, and achievable goal! Now that you know my priors, you probably can guess at my first idea.

If you had an RSS reader that was smart enough to detect, say, links to OpenLibrary and count those posts as reviews of that book, and maybe supported h-review for ratings - but might even just look for “2/5” or some text in the blog post, could you follow your friends book reviews and get some ideas? I suspect so!

Of course there are issues here: we’re not inventing that much, but you still need RSS readers to be intelligent, so that means convincing, say, Feedly and Feedbin to support your thing. Maybe NetNewsWire too. Implementing a new RSS reader just for books sounds fun, but we’re aiming for a small-to-medium community, not a tiny one.

If you fall short of the integration & semantics of book reviews related to books, with parsed ratings, you still get RSS feeds for people’s book reviews, which is pretty good.

That said, as lots of folks have noted, RSS usability isn’t that great. Following a TikTok or Twitter account is dramatically easier than copy and pasting a URL and dropping it into an RSS reader and hoping the site has a feed. My site does have feeds, but doesn’t link to them everywhere because curious clickers would just click on the RSS button and end up reading XML.

There are extremely cool projects in this space, so I’d be remiss not to mention them. bookwrym.social is a federated, Mastodon-like network that uses ActivityPub to let people use their own websites. IndieBookClub.biz lets people post on their own sites, and on itself, using MicroPub. micro.blog has some support for book reviews that they mentioned on the call. You can use OpenLibrary in a lot of the same ways you can use Goodreads.

Plus there are lots of less IndieWeb-related but cool projects I reviewed in The New Reading Stack.

When faced with a question like “how to build infrastructure for discussing books on the internet,” I found myself - and find myself today - gravitating toward systems that invent less, that lean on existing technology and just try to make it work. This is one mindset, one that I think is productive in business - chooseboringtechnology.club - but it’s not the only one.

The IndieWeb doesn’t necessarily exist in a productive-shipping-all-the-time space. It doesn’t have to think of the general case. If you invent a specification and only you and a few friends use it, that’s fine and fun. If you want to build your website with cutting-edge technology and use it as an RSS reader, you aren’t doing that expecting the rest of the world to do the same, you’re just doing your thing.

Your website can be your orange show or Palais Ideal - something built for yourself, disregarding anyone’s ideal of the necessary or normal. Your website can be 100 rabbits or something else on the xxiivv webring. The indie version of Goodreads doesn’t have to aim to beat Goodreads or replace Goodreads, but to demonstrate what’s possible, to create a small ideal community.

Okay, so experimental mindset or not, my favorite way to look at this problem is to think about the consumer end. Whether the mechanism is jsonfeed or a CSV file or anything else - what is that mechanism fueling? What website or app do you open and appreciate the work of book readers and reviewers? 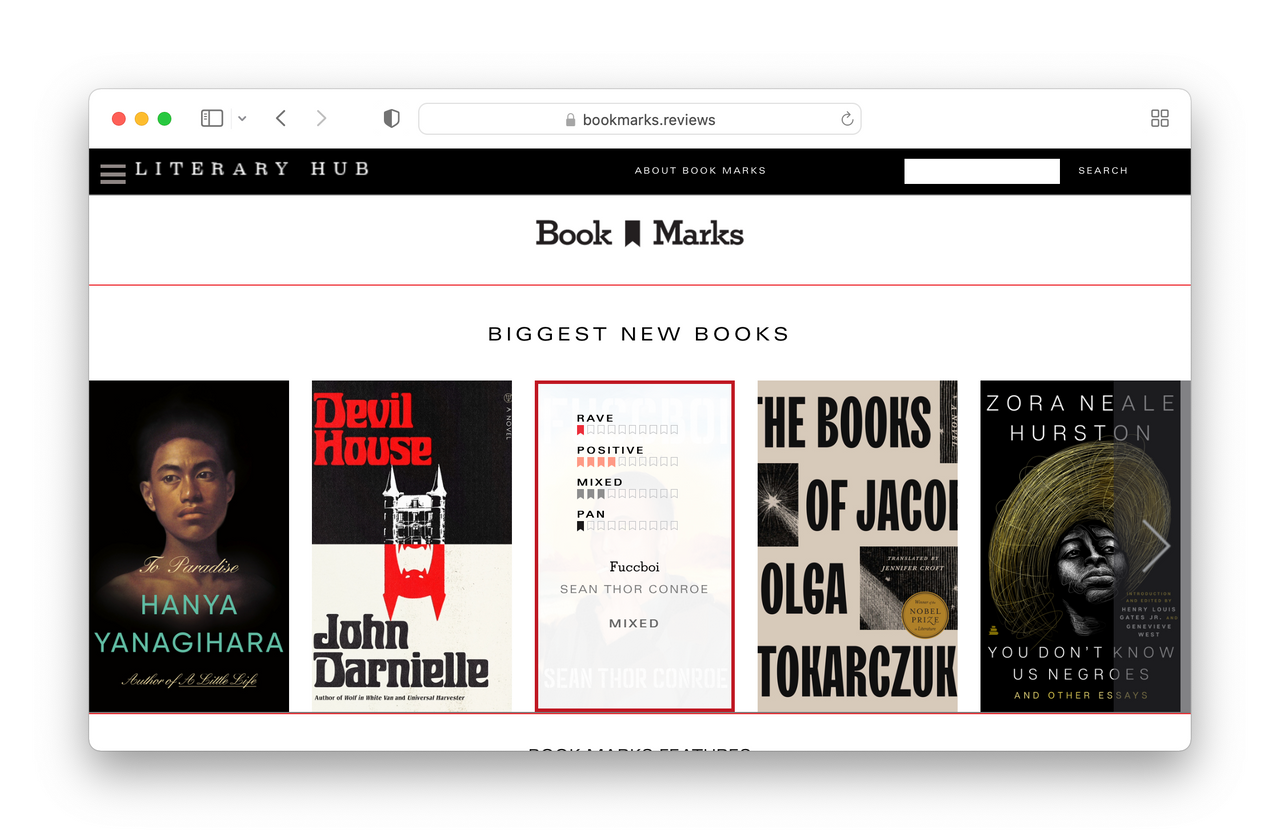 So the ‘feed of reads’ is one angle, I think the other might be bookmarks.reviews, a review aggregator. I consult bookmarks occasionally and find it to be pretty useful. What if you had the same, but for indie blogs? It wouldn’t be quite Goodreads-esque - Bookmarks isn’t a place to post book reviews, or really to interact in any sort of writable-web sense. But it would be a ‘planet’ for books, as Jacky mentioned in the IndieWeb session. The ‘review aggregator’ is not totally different than the ‘feed of reads’ model, but it probably doesn’t require you to create an account, and probably surfaces popular or trending books rather than sticking to chronological order.

Now, frankly, I’m not an expert in RSS. Maybe my thesis that RSS is all you need falls flat. One thing it’d need, for certain, is for sites like mine to implement links to allow aggregators to fetch all posts, or to include the entire site’s content in the RSS feed. We’d need to include h-review or h-cite in feed content itself, something that I certainly don’t do, currently. Besides that, I think it’d work?

I must admit, writing about things that I don’t have plans to build is not a comfortable mode for me. I’ve got my big product to build, and haven’t embarked in many side projects recently. Reading is more important for me than building reading technology. So writing this is more an exercise in playing with the ideas than planning or promising, and I hope that resonates with folks.

One final note. There are the technical challenges to this kind of thing, but there’s also the social and incentive ideas. In the broader web, it’s fair to say that everything is experiencing a period of hyper-financialization. Sites like mirror.xyz make blog posts into things you can buy and sell. Social platforms have turned views and likes into the main objective of sharing. The mere fact that there’s still a community with values that are just about sharing, learning, and getting to know each other, who want something like this, should be a happy sign for everyone involved.