The last thirteen days, after I opened the doors and let Placemark into the world, have been a blur. Mostly the good kind!

It came down to a question of whether the things I thought should be priorities were actually the priorities. I had a backlog that could easily have stretched a few more weeks into the future, and by the time I was done with those tasks I probably would have found some more that seemed like a priority. But there’s a real danger of going too far down the wrong road with these things.

What I learned was a great mix of confirmations - that what I’m building is useful - and surprises, about what’s important and what troubles people run into. Reacting and improving in response to those has been exciting. For quite a few emails, I was able to ship the feature or the fix before I wrote a response. My focus now is on improvements, then changelogs, then another changelog, then more documentation to round it all out. 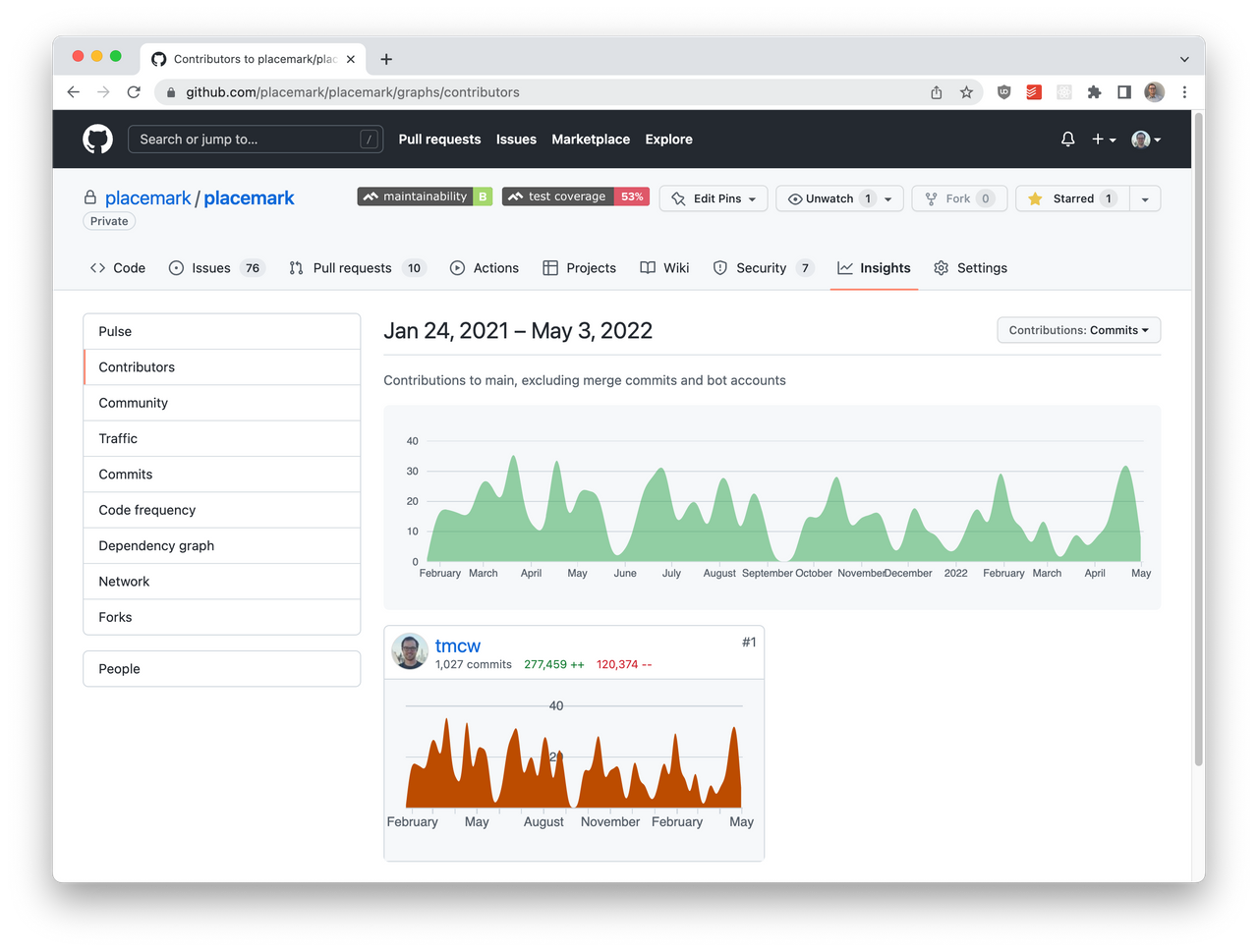 Of course, it’s also a harrowing experience. Knowing that there are bugs in software in the wild. That it might not be what people want, that it doesn’t live up to expectations. I’m very thankful to have a lot of people who believe in me and support me, and at least a big chunk of that is tied to the idea that I make good things, and more than anything I want to deliver on that promise.

Placemark is still a small bootstrapped company, but the intrepid folks who signed up are helping it become a little more sustainable. I am going to make it better until it’s a no-brainer for anyone who wants to make maps. Every morning I wake up and push it along.

I heard this “The Lijadu Sisters” song at a bar. There are a few versions floating around the internet, some pitched-down, some pitched-up, probably all digitized from an old vinyl.

I sort of knew Sam and his band back in DC, and I’m jealous that he’s still at it.

Nothing’s set in stone yet, but we might be pressing some new Teen Mom vinyl.

This talk about Perl from its creator is wacky and enjoyable. My friend Dave launched a new newsletter about tech. Wildbit got acquired, like Mailchimp, but gave their employees a chunk of the profits, unlike Mailchimp.

The wildest Odd Lots episode so far, with Sam Bankman-Fried explaining staking as a ponzi scheme.

I have a few things I’m going to write about, but what would you want me to write about? Let me know - tom@macwright.com or @tmcw.